Well I have been saying that I want to mix up my content lately, and I thought this one would be a bit of a change. I have always been a music fan, but with the summer weather, and a quite a few long car journeys with my partner, we have been having some really amazing singing duets!

My top album for this has to be Badlands by Halsey. I have been listening to this for several months now and I must know all the words to everything apart from Drive. You may not of heard of this album, as it is not allowed to be played on the Radio due to the amount of bad language and some of the general themes in the lyrics. This aside, I love these songs and I just feel like I can relate to a lot of them. 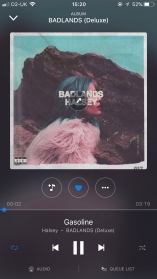 For the last few months, I have had many of the songs from Anne-Marie’s Speak Your Mind Deluxe album. The radio has butchered the remix of Friends though, I understand that they have to take out the swearing but for me, by just taking out a whole section, has left the song lacking something. For some reason this has really be frustrating me. Three best songs from this album are easily, 2002, Friends and Ciao Adios. This just feels like a perfect summer album to me.

I know I said that this was going to be go to albums, but I have to mention this one song. To begin I had only heard it on tv during adverts, but then found the actual song on deezer, and that song is Leave a Light On by Tom Walker. Once again, the radio remix, which has upped the tempo, put in more base, and just added a very odd vocal to it, has completely butchered the original. If you want a beautiful song, with powerful lyrics and just something to make you smile, then definitely search for the original of this song.

‘If you look into the distance, there’s a house upon the hill
Guiding like a lighthouse it’s a place where you’ll be
Safe to feel our grace ’cause we’ve all made mistakes’ Leave a Light On 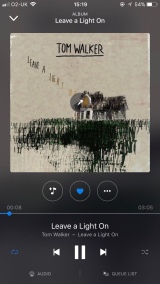 My fourth and final album for this list is One More Light by Linkin Park. When this came out last year I was really not very sure about it, but since seeing it live before Chester sadly passed away, and then listening to it many many more times, I would now be lost without this album. Its one of those that really rocks the emotions inside you, and can leave you feeling both broken and empowered all at the same time.

So that is it for my first list of go to albums/songs. I think this is a blog post that I will do a new edition of every quarter or so, let me know what you think and what you’d like to see in the future on the blog.

What are your current go to albums?

Here are just a handful of the other songs that I have regularly been turning on to listen to this past few months. 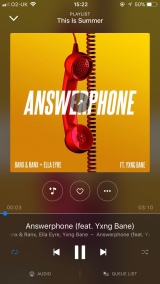 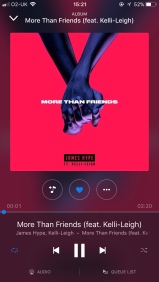 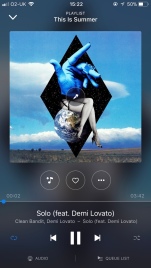