I have had a very busy and successful reading month!! Been trying to start all the new series that I want to so that I know what to buy with any Christmas vouchers that I may receive… I know; I mentioned the devil work!! :O 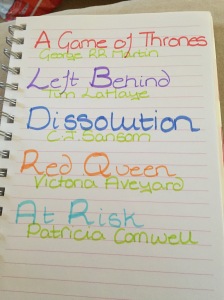 Unfortunately; due to them being series of books that I’d not tried previously, they were mostly library books, so couldn’t do a group photo of them all…. But first ;;;

A Game of Thrones…

I was very dubious about this one; I’ve never liked the TV series, but had been recommended that the book was worth while. 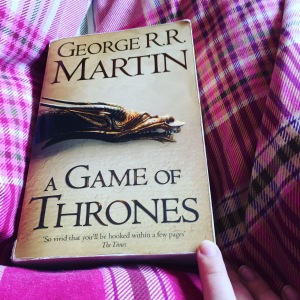 And I have to admit, I am glad I took the time to read this one! Full of adventure; and power battles, it keeps you gripped from the very first page.. I will be investing in the full series, and recommend that anyone who likes a good fantasy novel does the same!!

This was a bit of a trial for me; had never read anything like this before. I can’t say it was a book I’d necessarily read again; however the story is a fascinating one which has left me wanted the sequel. 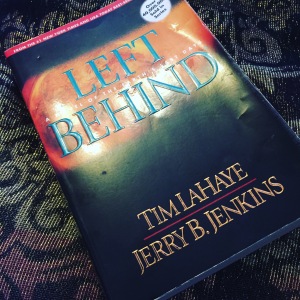 Being written by a Father of religion, it is very tied to religion and the concept of God and the Bible; but if like me, you don’t mind the religious stories, it is a very interesting read. It has also been adapted to a film featuring Nicholas Cage and Chad Michael Murray.

So I have done a post on this book early on; feel free to go give this a read to see my review on the book as well as on where is cheapest to get hold of your own copy!! But in brief; it is a fabulous historical murder mystery!!

Before reading this I looked at the reviews that had been written on this book; and was very almost put off by these.. However was running low on things to read so decided to go on with it anyway.

To be fair I would only give this a 2 out of 5; as although I did enjoy this; the story was nothing I had not read before. If you’ve read other YA fantasy, then this is pretty much the same, however the writing is APPALLING! I gave up counting the missing speech marks, spelling mistakes, and grammar mistakes; because there was just so many! I honestly am not sure if I would recommend this book, as it is so poorly written and edited….

Now this little book was something I had been given from my grandparents when they were having a clear out and has been sitting on the shelf for many months; and only found its way off the shelf because I had little else to read while waiting to go to the library. 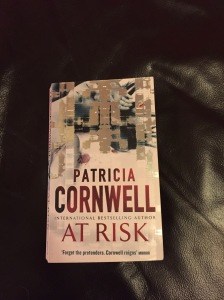 However with all that being said; the 250 pages were easily read in just over 24 hours! It was superb!!! Written in such a way that you don’t have to think about it, you just get engrossed in to the story and just keep going from page to page, until before you know it you are at the back cover. Highly recommend this to any crime fiction fans; especially if you love an unexpected twist!!

I have now started The Forgotten Legion by Ben Kane, a review will follow once I’ve finished..

Question time… What was everyone’s favourite books this October? And what you planning on reading this month?

One thought on “MY October Book Haul….”