With all the festivities last month causing me to be very busy, my book haul did get left behind a bit. I managed only 3 books, but did spend the Christmas period working on Dracula- review to come as an individual post; yes, it is that good! But the three I did complete were very varying in my thoughts of them; Maze Runner being a huge disappointment.

Miss Peregrine… This was the first book to be read for my University book club. I can honestly say I had no idea what I was getting myself into- from the photos and cover it appear to be a horror thriller. Being a wuss I 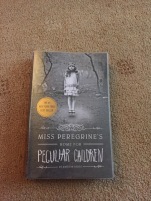 started this in day light expecting to have to put it down, but turns out its a YA fantasy. While being a different concept to any I’d come across before, in general it did not grip me particularly much, and was rather glad when it ended. The characters were not explored enough for my liking, leaving  them way too mysterious, and not in the good sense. By the end I still found I did not fully know the characters, putting me off of reading the sequel. However if you prefer the plot to the characters in a book then this is an entertaining read.

The Maze Runner.. Never before has a book I’ve chosen to read been such 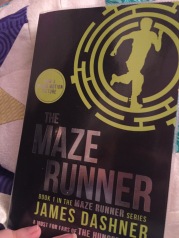 a drag. This is a personal opinion, but I found it very slow to start and it then became as if it was just the bare bones of a plot rather than being a well developed story. Very thankful that it was a library book as I definitely will not be finishing the series. Have to admit after talking to my cousin about it, it would appear that it is maybe written for a younger age group than myself.

The Virgin Queens Daughter.. This was such a little gem, I could read this multiple times, its Fabulous. Not going to lie it was very obvious to work out what was going on despite not being told, but the ways in which the characters worked 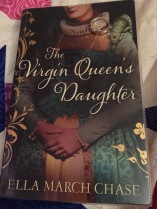 thing out was very intriguing and not as you would suspect. Being my first taste of Ella March Chase as an author it was definitely the right book to read, and will now be looking at more of her work to read. You definitely need to be a fan of historical fiction to like this book, but if you are into the genre, it is well worth the read. Intriguing, mysterious, and able to make you feel sorry for the poor protagonist.

So that is all I managed reading wise in December, cant say it was my most positive reading month, with one book being such a disappointment. However the final book made up for it well and truly. In addition I then started on my next Bookclub read, Dracula, which I can already say is an amazing read- well worth the title of a classic.

What have you all been reading lately? Any books that have disappointed you?

One thought on “December Book Haul”