I have to say it yet again, to begin with, March was a really bad reading month for me. It wasn’t until my little op, when I then couldn’t walk for a couple of days, that I actually managed to plough through a few books- and even those were short couple of hundred pagers. But ha ho, that is the downside to life picking up. Definitely no serious complaints with that. So lets get to the books….

Now as I mentioned in the February Reading Wrap Up (previously named haul), I started this at the end of February. The only disappointment I have is the fact I life got in the way, so it took my longer to read, forcing me to actually put it down. However, as always, Ben Kane did not disappoint. By far my favourite part was the prologue, seeing the back 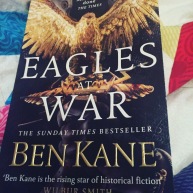 story of one of the characters in that way, put a whole new meaning behind the events. Normally in a novel, I will be on the side of the protagonist, but with this,  although you had a sense of feeling of him; the ‘bad-guy’ was the one I sympathised with the most. I had timed my reading of this book so that it led straight into the sequel’s release- which is my current read.
Gated….

I’m not going to lie, at this point, with a month till the ‘Hunting the Eagles’ release I was just looking for easy reads, and this seemed like the perfect fit- plus it had been sitting on my shelf for several months. The synopsis of this book had me so excited, plus the description of it as a thriller; I had very high hopes- sadly it did not live up to this. I would say that the disappo 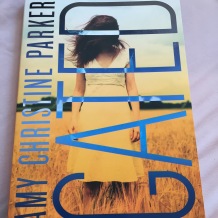 intment with this book did not sit in the story, but rather in the focus of the writing. A romance storyline appeared to be the main point of the novel, which was actuall
y rather bland to me (not a fan of romance normally); while the really interesting part of the story, the encampment of the society, seemed to take a bit of a back seat. I will not be finishing this series, however I feel that it was more of a taste issue, rather than anything against the author- I just do not like teen-romances within books.

This was the biggest disappointment, but to be fair, I was holding this book on a very high pedestal due to my love of Richelle Mead. I was expecting this to be a 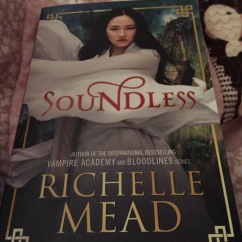 s good as the like of VA and Bloodlines, with high levels world building and character description, and this just wasn’t present. It did have a great story to it, and to be fair for a 200ish page book it was a very cute tale; but was so different to Mead’s normal writing that I did not really enjoy it. Praying that Mead’s new release ‘The Glittering Court’ will be back to her old style- as it is the next book on my TBR.
The Philosopher’s Stone…

As I said in my Reading Update, I am ashamed to say it has taken me this long to read this. This book, however short, was AMAZING! It was as if I was watching the film in my head all at the same time as reading the words on the page. The writing was so simple, but descriptive you could just fly through it without feeling that anything was missing. But I must say that I’m a bit sad so much is actually left out of the film; but ha ho, looking forward to cracking on with the second one now!! 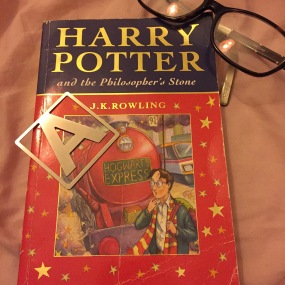 So that’s it, that is all that I read in the month of March- not the most impressive haul,  but good enough for me (although I am behind on my GoodReads challenge). April is probably not going to be much better number wise however, already I can say that I have some GREAT books to read.

What are you all reading?