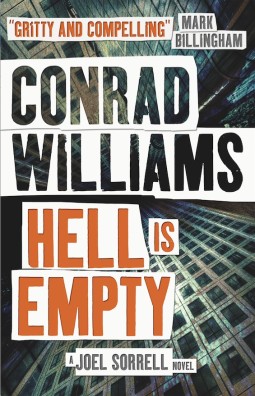 I’m a good driver. I’ve never had an accident, never had any points on my licence. When I was a kid, I was a member of the Tufty Club.  A woman coming out of a second-hand clothes shop, pushing a buggy. Kid in it wearing one of those humiliating jester’s hats, the kind that make them grow up into granny-batterers. Hard right, just avoiding her, and half on to the road again, skinning the cab against the passenger doors of London’s patient motorists. Guy on the radio saying that in the capital, you lucky people, we’re looking at some very early spring weather coming our way, just for a short while. Now here’s three in a row from Céline Dion.  Cyclist. Hard left, back on to the pavement. Take out a couple of saplings and a litter bin. Plastic tables outside a grotty café become pretty, but impractical, sky furniture. I save the locals from buying bruised or unripe fruit from the greengrocer’s by ploughing through his stall. I’m standing on the pedal and leaning on the horn. It feels as though my arse hasn’t touched the seat since I got behind the wheel. All I need now is a couple of blokes carrying a huge pane of glass to walk out in front of me, and I’ve got the set. If the traffic doesn’t ease up soon, I’m going to kill someone and that must not happen. That will not happen.  Down on London Wall, the traffic did become less of a bitch. I pushed the taxi at fifty to Bishopsgate, and turned north. Opposite Liverpool Street station, I took a right and parked along Brushfield Street. I got out of the car and hurried towards the old Spitalfields Market. The unseasonal spring weather we were just being promised wasn’t here yet; the sunshine earlier hadn’t possessed the muscle to last the entire day. Rain was coming in hard from the west, black fists of cloud rising in readiness to hammer the city once again. By the time I reached the archway leading into the market, the first spits were coming. The sky felt close. The colour in the Christmas decorations hanging from the entrance had turned to lead, and darkness was being trowelled thickly on everything. I tried to swallow, but the wetness had gone from my throat. I sucked in some deep breaths and tried to think rationally.  I ducked into a phone booth and rang Jimmy Two. Jimmy Two, as mentioned earlier, is a mate of mine, the younger brother of Jimmy One, a nasty piece of work who’s in Wandsworth doing a stretch for armed robbery. I’ve no idea what their surname is. Jimmy Two is all right, though. He has a garage out on the Cally Road, but he loves my motor more than I do and he promised to pop round to Berners Street to slip a new tyre on her within the hour. I told him that if he could get the car over to me in E1, I’d keep him in whisky for the next six months. No problem, said Jimmy Two. I almost asked him if he wanted to come in with me on what I was about to do, but that would have been pushing it a bit. And, anyway, the clock was ticking.  Spitalfields Market was pretty much dead. It only really came to life at the weekends, when the stalls and the shops were filled with people looking to buy lamps and mirrors and candles, or kicking back at the lunch areas or having a beer.

There were a couple of games of football taking place on the five-a-side pitches, though, so the occasional shout, cheer or insult echoed around the enclosure. I turned right and walked past a shop that sold cast-iron beds. Next-door was a second-hand bookshop. And next to that was the Elegant House. I hung back, although it appeared that the shop was empty. A fat padlock was looped through the front-door handles. A sign above the lock read: Closed for three weeks. Holiday.  In the windows were displays for calligraphy pens and coloured inks in tiny, attractive bottles. Orange fake-fur cushion covers were piled up behind them, along with vases made out of twisted glass in electric blue. The smell of the soap seeped out of the cracks in the door, a heady mix of lavender and sandalwood. It was a beautiful display. I waited for another vociferous outburst from the artificial pitches, then put the butt of the gun through the window. Quickly, I hacked out as much of the glass from the window frame as I could and ducked into the shop. The smell of the soap was much stronger now, and I had to fight the urge to sneeze. I stood in the gloom for a while, hunched over, listening out for any noise to signal that there was someone in here, but nothing happened. There were stairs leading to a basement office. A sign at the top said KayGee Karma, with an arrow in red felt-tip pen pointing downwards. I followed it.  At the bottom of the stairs there was a small seating area and, behind a partition, a desk with a couple of books on it and a stool on either side. On one of the white walls was a picture of a heron standing by a river with a fish speared on its beak. Beneath it was some certificate of authenticity regarding Kara Geenan’s proficiency as a hypnotherapist. I ought to get her to do me a warrant card, it was so good. I checked the drawers of the desk but they were locked. There was a door behind the desk. I went to open it but it was locked. Down here, the sounds I was making died pretty quickly, so I thought fuck it, fuck it, and kicked the bastard in. A frightened human smell sprang out at me, backed up by the sour reek of organic waste. I scrabbled for a light and threw the switch.  A pale bulb shone at the centre of the ceiling, illuminating some kind of storeroom containing tons of junk: broken brushes and dustpans, old posters rolled up and secured with elastic bands, chipped plant pots, a deckchair speckled with cigarette burns. There was a tall metallic cabinet filled with receipts and invoices. To the rear of the storeroom, where the light bulb was having trouble penetrating the dark, something was moving under a large mound of hessian sacking.  I switched off the safety on the Glock and edged forward, tiptoeing around the mounds of furniture and bric-a-brac. I couldn’t breathe, but then I realised that was because I wasn’t trying any more. She was speaking and I heard her voice but, in the moment before I recognised it, I didn’t want to recognise it. I wanted to shoot her in the head without pulling back the sacking. And then I wanted to run away, run until I’d worn the soles off my boots, run until I ran out of land. Do her and go, I urged myself. You don’t want to see her, not if she’s speaking like that.