Its no secret that I have been under a psych team for over three and a half years now, but have had mental health issues for most of my life. From anxiety as a child, paranoia, and then the psychotic symptoms in my teens, depression in my 20s, its been a constant issue in my life, but one I have worked hard to control.

During my time under the psych team, Ive been labelled with the diagnosis of Schizophrenia. On this blog I have written about it many times, its a diagnosis that has always made sense to me to some degree. No it was never easy to accept, or to be completely open about, but it ticked the box for helping me understand what was happening to me.

However after such a long time in treatment I really should of been seeing an improvement, and I just never did. So at my last routine appointment they suggested that I saw a completely different doctor and had a full reassessment. This sounded like a great idea, as my symptoms have changed slightly over time as well.

So me and my Dad went to this reassessment at the beginning of July. The new doctor was really friendly, allowed my Dad into the appointment which is against the norm; however he did not understand my mutism. I nearly always go mute when I’m around new people, its something I have struggled with for most of my life. Some people say its because I’m shy, some see it as rude; but its actually an involuntary response to my voices that spike around unknown people.

Eventually I managed to get around it, when this happens I can answer basic questions or talk about subjects I know about, so it works for appointments. We spent a good hour discussing my life basically. From childhood, school, relationships, and family; we discussed it all.

By the end of the conversation and in turn the appointment, he was really rather stumped.

The conclusion was that I do not have one specific diagnosis, I have a combination of many. I have aspects of schizophrenia, aspects of OCD, aspect of EUPD, along with depression and severe anxiety. 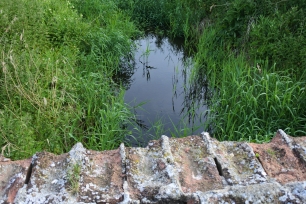 Moving forward, I’m going to stay on my anxiety, depression and psychosis medication, but now I am going to try a mixture of CBT and psychotherapy. In my doctors words, I have very complicated and delicate mental health; ultimately I may never get over it, I may never work a ‘normal’ job, or be able to socialise with new people. But time will tell, and I will be sharing my thoughts when my therapy is moving forwards.

Have you ever had either of these treatments? I’d love to hear about your experiences.

2 thoughts on “My Experience- Psych Reassessment”