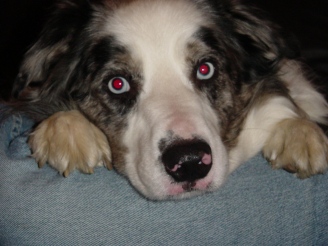 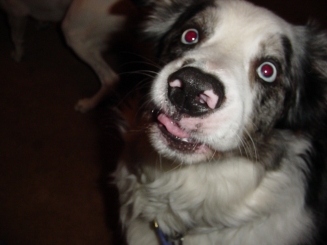 He’d suffered a form of stroke- or the dog equivalent- causing him to lose his ability to walk, sit, drink and even eat. Being my clever boy, Blue started eating and drinking again, after a lot of encouragement; we even had him sitting up. After a long hard struggle, the decision was made to put him to rest.

Despite vast improvements, and his determination, we found that he had also suffered damage to his vision, meaning he couldn’t see anything down his left side; also damage to part of his brain which controlled balance. All of this, meant that he would be unlikely to be able to walk again, and as a large Border Collie walking was a necessity. 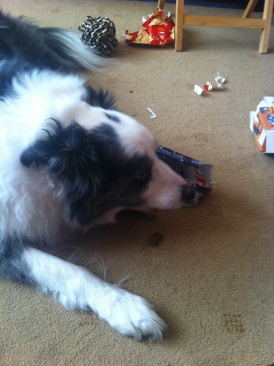 I can hand on heart say that it was the toughest thing I have ever had to witness, but never would I of let him go through it on his own. If completely honest, part of me believes he should of had more time; that there may of been other therapies that could be tried, however between the vets advice, and family discussions, the decision was made.

He had a strong 14 years and 10months of happy, playful life; I honestly believe he enjoyed what he had. Blue was the centre of the family, loved by all. Its very tough to be home without him now, and I cant see that changing any time soon.

I guess despite all of this; all I really want to say is how much I love my Blue and am going to miss him an unbelievable amount..