I am super excited to read this novel, hoping to get around to it in my garden with this new warm weather. But here you go, here is a sneak peak of what is to come! 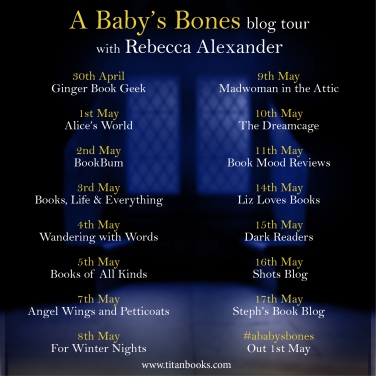 Stones to be cut for the new well, two masons and a master, at five pence each day and ten pence for the master mason eighteen shillings and eight pence to date. Accounts of Banstock Manor, 1576–1582

The masons have started lining the new well. The old one, being at the back of the house, is only convenient for the use of one property, and brackish at best. Banstock stands on a promontory surrounded by the sea: it creeps into the soil and shallow wells. This one is but thirty years old and is already useless for drinking, built as it was from bits of stone from the abbey. Some say it was cursed by the abbot as he was chased from his own church, beaten and left for dead in his herb garden.

The new well will be for the use of all the houses in the village of Banstock. It will be at the side of the road. The water man advises it is fed from a natural spring. The mason, Master Clintock, having much knowledge of wells but no longer able to go down the ladder, supervises the men as they set the stones into the shaft. Already the base, a great slab of limestone cut for the purpose, is covered with two feet of water, which makes the mortaring difficult. Boys heave up buckets filled by the masons each morning, and tip them into the pond in front of the church, with a choir of lamentation from the resident ducks and geese. Only then can the work resume.

As the steward of the Banstock estate I shall be asked to account for the bill for this second well, and already the masons are disputing the figure. I have told them I shall pay no more than five pence a day hire to each man but I know I would pay six for fast work, and they would manage with four. They are working fast to race the water, and so far are winning, but each night gives the spring the advantage, so I have authorised the use of extra lamps to extend the day through the whole length of the well. It is nearly two rods deep and we tasted the water before the mortaring began and found it sweet.

Viola, the youngest daughter of Lord Banstock, is with me. Her father and I deem it better that she be out of the house as her sister lies mortally affected by the red pox. Viola teaches a group of children to write their numbers in the road with a long pole. The hem of her dress is dusty, her hands are yellow with clay from helping to dig and she looks nothing like the daughter of a baron. Yet I admit I do not wish to stop her, for the long days of childhood are passing faster than she imagines, in her fifteenth year.

Five years ago the succession was assured, with two adult sons and a clutch of married daughters. Now bad fortune and illness have left us with just one male heir, and him on a perilous journey with Drake. At the manor my Lady Flora’s women are a-twitter at her belly, and Lord Banstock, yet again, prays for a healthy son.