I started my degree with the Open University four years ago now, and yet I’m still only on my second year out of a six year course.

When I originally signed up with the Open University I was doing a Classical Studies degree, which is what I thought I truly wanted to do, but when I started the second year I realised that it really wasn’t. Thankfully they are so nice, that I was able to switch my degree across to an Open degree meaning I could study anything I wanted each year, that’s what I’m still working towards.

So, why is it taking me three attempts?

If you have followed the blog for a little while, then you will be aware that it has not been an easy ride. Almost two years ago now, I lost Grandad, and my parents split up. Both of these things hit me hard, and grief was not an easy concept for me to grasp as I was going through it. For a while, I tried to maintain my study at the same time and to be quite honest, I just found that it all got too much. In the end, I had to leave work and study, to take the time to get used to the new situation and manage my own mental health. Turns out I really didn’t like the unit either. 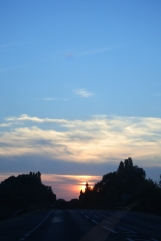 I thought that this helped a lot, so I restarted (although a different unit) the following October. All I hadn’t taken into consideration was that in the time between ending the previous unit and then starting the next, I had been diagnosed with ME and Fibromyalgia, so was therefore on very strong pain relief.

After about five months, and three extensions, I realised that the Tramadol was having a serious effect of my ability to focus and absorb any information. I also had several issues with very not understanding tutors who seemed to think that chronic pain and fatigue wasn’t a thing that could affect someone’s day to day life. So in the end, I was left with no choice but to walk away from studying for another year.

That leads me to now. I am about to restart the same unit as last year again in October. This time I feel a lot more prepared, I have a great support system all around me, and am really excited for it. Over the summer I had been meaning to complete one of their free courses in Creative Writing. I will definitely be picking that up at some point again and let you all now how I found it.

But in the next month before my course starts, I will be trying to get myself prepped. The idea is for me to create a study plan, doing some reading early, and start to establish a routine.

Are you going back to university? What difficulties have you found with studying?